Don’t hang up the dancing shoes and turn off the music just because you don’t feel young enough. Getting into the grove and letting the rhythm shake your body are invaluable therapeutic modalities at any age. Music and dance have been used for healing throughout the ages.

Today we know much more about how and why music and dance can heal us. Going back in time we now understand the benefits of shamanic dances in Siberia, music therapy in ancient Islamic cultures and even learned about how Pythagoras used music to soothe his body.

The Role of the Brain in Music and Dance

Recent research has shown that music activates several brain regions. These include regions responsible for emotions, memory, and movement. One prominent area being studied is the medial prefrontal cortex; the region of the brain just behind the eyes. This region links music to emotions and memories. In fact, studies show that the medial prefrontal cortex is one of the last regions to be damaged by Alzheimer’s disease. That’s why the typical Alzheimer’s patient can remember and sing music from their youth, even though they have lost other memories.

With music and dance therapy we take advantage of the neuroplasticity in the somatosensory cortex. This region arcs across the top of the brain, above one ear to the other, helping us plan, control, and execute dance moves. It also helps us process and regulate our emotions. What’s more, structural changes in the somatosensory complex have been documented in people suffering from anxiety and depression. For instance, reduced cortical thickness and grey matter volume of the somatosensory cortex are involved in major depressive disorders. This has led some researchers to deduce that deep brain stimulation could be of value in treating these disorders.

And don’t forget to dance. Research shows that people who dance regularly can reduce their risk of Alzheimer’s later in life by as much as 76%!

Are you feeling the blues? Dust off those dance shoes. As far back as the 80s, studies have shown that regular dancing can reduce feelings of depression and anxiety. That’s because dancing is a great way to deal with feelings and release them, rather than holding them in. It’s also much easier to dance your feelings out than vocalize them to say, a therapist.

Likewise, researchers have found that people who intentionally try to improve their moods by listening to music notice an improvement in as little as two weeks. Keep in mind that the type of music matters. Classical and meditation music show the greatest benefits for boosting moods. Meanwhile, techno music and heavy metal are ineffective, and can even be destructive.

Dancing also has a relaxing effect. During tango dancing (both with and without a partner), the stress hormone cortisol decreases. Noteworthy is the fact that testosterone, a hormone that counteracts stress, increases. Want to ramp things up? Dance with a partner! Dancing with a partner facilitates the release of oxytocin, reducing anxiety and pain.

Chronic pain can affect as much as half of the world’s population at any given time. But modern pain therapies can be ineffective, and even worse, addictive. Fibromyalgia is one such condition that is characterized by chronic pain. A 4-week study conducted on fibromyalgia patients found that those who listened to one hour of music daily had significantly less pain than the control group. Not only did they experience less pain, but they also experienced less depression.

Similarly, a meta-analysis of fibromyalgia patients found that those who engaged in regular dance had significant reductions in pain. Not only does dance reduce pain, but also improves functional capacity and quality of life.

When one dances or makes music with others, endorphins are released, leading to a sense of bonding and connection. This sense of connection can be particularly important in one’s forties and fifties when one starts seeing changes in one’s social circles such as children moving away, and parents dying.

The improved connection extends beyond the material realm too. When one dances with a community, one can reach an altered state of consciousness, in which one enters a state of flow, or a deep meditative or spiritual state.

Many of us have suffered from trauma, whether “big” traumas or “small” traumas. When one has been through trauma, one experiences a split between the logical cognitive brain and the limbic emotional brain. The cognitive brain tries to protect one from feeling the emotions of the trauma by suppressing painful memories and thoughts. Dance and music help us get into our bodies to process the trauma in a way that feels safe to our bodies.

Some people get the groove and instantly feel the rhythm, and some can’t. That’s because our ability to move to the rhythm is determined by several hundred genes. But don’t let a lack of rhythmic soul stop you.

Instead of thinking of dance as something fancy like ballroom dance, think of it as mindful movement. By drawing attention to the rhythm of the music and how your body moves as you dance, you’ll reap the benefits of music and dance. And if you’re still feeling self-conscious, just dance at home instead of going to a class. Also, let go of other limiting beliefs like “you’re too old to dance.” When in doubt, shake it out! 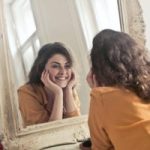 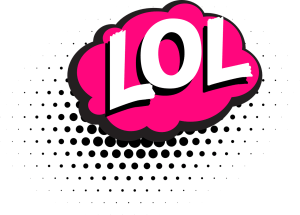 The Amazing Superpowers of Smiling and Laughing 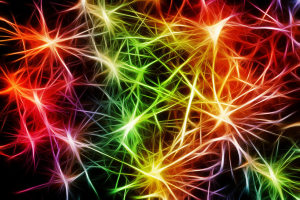 How to Supress Unwanted Thoughts

Get the latest Blog to your mailbox

Stay on Top of Your Wellbeing.